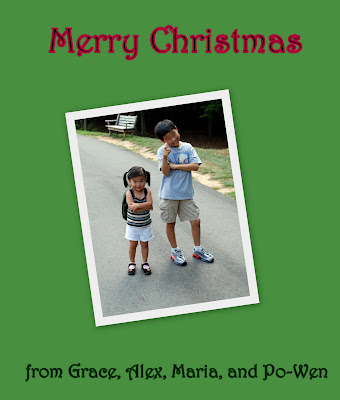 After switched from cone 9/10 reduction firing to cone 6 oxidation firing, I have spent a great deal of times to deal with glaze problems. Mostly, pin holes. Even though I am also a ceramic engineer, I don't have much experiences with cone 6 glazes. Moreover, I have no clue what exactly those clay manufacturers added in their clays.

For the most recent firing, I drilled 2 of 1/4" holes on kiln lid, reset thermocouple reading 25 degree lower than actual temperature in the kiln (Cone Offset), used preset Slow Glaze Firing program, then, held 25 minutes in the end of firing. The pin holes were mostly gone.

Thermocouple reads actual temperature in the kiln. However, glaze doesn't react to temperature alone. It reacts to both time and temperature during the firing. How can I forget all about this!!?? 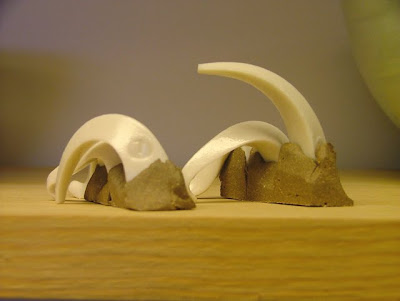 before cone offset: many pin holes, especialy on the back 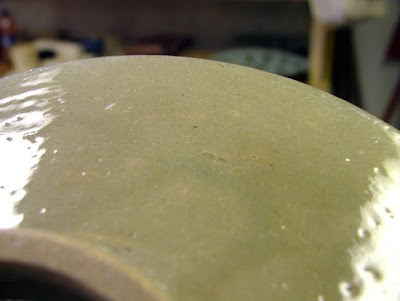 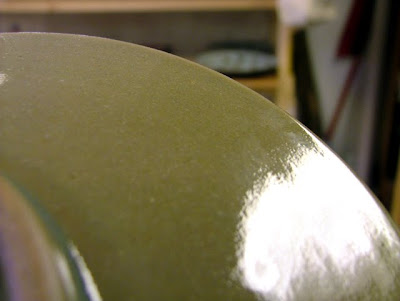 to Purchase My Works in NC